The roots of the city go back to 1907, but growth in the area really began with the discovery of oil in Hobbs in 1928. Through boom and bust, the city has endured and grown into a thriving community that is home to approximately 50,000 people and covers an area of 28 square miles. The town is still considered the Oil Capital of New Mexico.

Though Hobbs owes its existence to the oil industry, its increasing economic diversity has seen the arrival of major national store chains, hotels, a racetrack/casino and the multi-billion dollar National Enrichment Facility near Eunice. Several housing developments have been built over the past few years with more homes being built each day. Hobbs is also the world’s glider capital and has hosted the U.S.’s major annual gliding competitions for many years. Hobbs is home to Zia Park Racetrack that hosts thoroughbred and quarter horse racing and the Black Gold Casino.

Two of the most recent updates or additions to Hobbs is Rockwind Community Links and the CORE (Center of Recreational Excellence). Rockwind Community Links opened in 2015. It is a 27-hole community golf facility owned and operated by the City of Hobbs. The award-winning facility includes a championship 18-hole course, a 9-hole par-3 course, a dual-ended practice range and multiple short game areas for practice and learning. Additional elements to the facility include an open green space for events, a surrounding trail system complete with multiple trailheads, various outdoor seating areas, picnic spaces and multiple scenic viewing points, including access to the site’s five-acre lake that overlooks the golf course. The CORE is a 158,000 square foot, $61 million facility whose vision is to enhance the quality of life and improve the health of area residents. The CORE is an intergenerational place for children to adults and seniors which offers indoor, year-round opportunities for social interaction, learning, fun, and fitness for all ages and abilities where families can enjoy multiple activities in one location.

The Hobbs Police Department is located in Lea County and has a current operating budget of approximately $22,000,000.00. The department is authorized 107 certified police officer positions plus support staff which totals 150 employees.

The Criminal Investigation Division is divided into two shifts that work 7:00 AM- 7:00 PM. One shift works Sunday through Wednesday and the other shift works Wednesday through Saturday. Each shift has one supervisor and each detective takes one call out night per week. Crime Scene Investigation personnel are on call from 7:00PM-7:00AM. The EAGLE IC (Real Time Crime Center) is staffed by certified officers who work rotating shifts.

The Chief of Police and the Deputy Chief 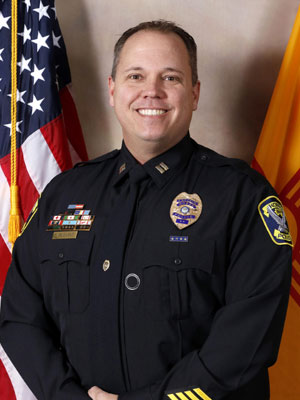 Detectives work various hours and shifts and are responsible for investigations of all serious offenses as well as minor offenses with a high degree of solvability. Detectives spend countless hours conducting interviews, collecting evidence, obtaining warrants, and preparing cases for court to ensure successful prosecution.

The Hobbs Police Department maintains thousands of pieces of evidence necessary to ensure successful prosecutions. Each piece of evidence is entered into a computerized database and is tracked. Random inspections are conducted to ensure the evidence room's integrity.

Please contact at 575-397-9255 if you have questions regarding found property or items seized during criminal investigations. 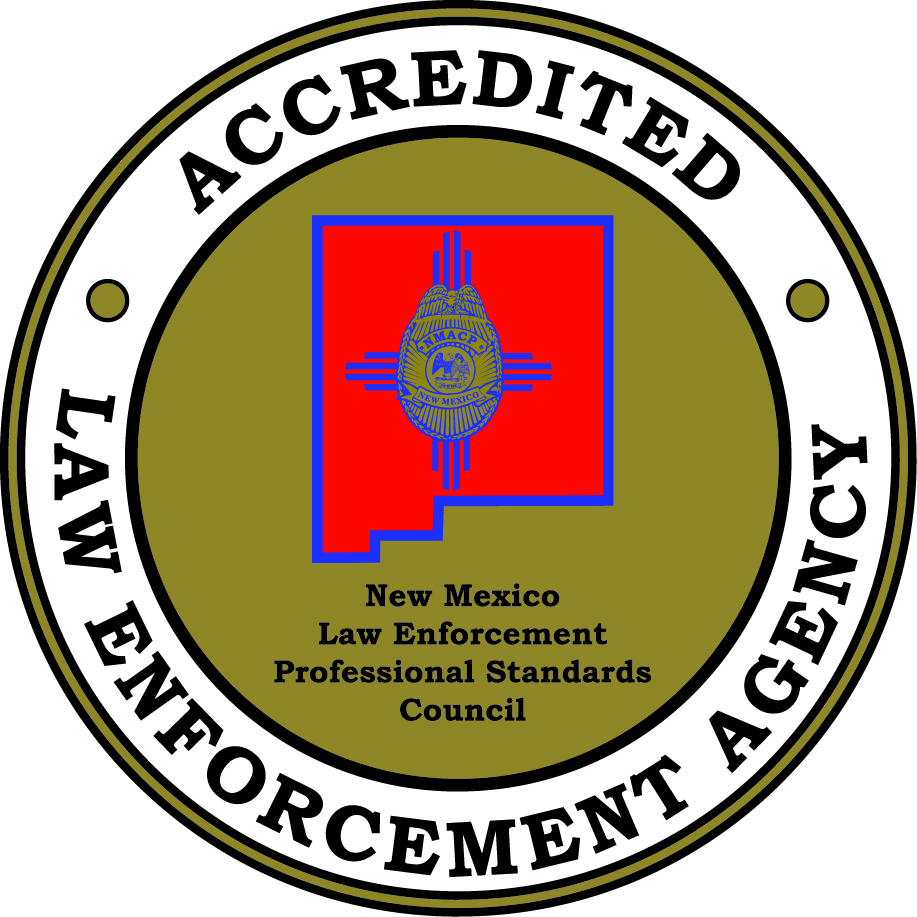 Accreditation is an ongoing process whereby agencies are evaluated by an independant and authoratative body to ensure compliance with established criteria and standards. The goal of accreditation is to: